The prestigious weekly journal of science has published an editorial about the Transylvanian Experimental Neuroscience Summer School, co-organized by our institute’s Center for Cognitive and Neural Studies:

Readers of vampire fiction might hesitate to peer inside an isolated house in a remote part of the Romanian region of Transylvania. Indeed, something strange was happening there this month, in the Pike Lake Pension. Much of the gently rolling farmland around the house is still worked by horsepower, but within its walls stand a couple of twenty-first-century two-photon microscopes. They were built by a group of young neuroscientists who also write the software needed to operate them. The team has used the microscopes in behavioural experiments involving specially bred mice — having gained ethical approval from the University of Medicine and Pharmacy in Transylvania’s capital, Cluj. The researchers aim to identify neural circuits in the brain, and use optical-genetics techniques at the cutting edge of modern neuroscience.

The students are part of the third annual Transylvanian Experimental Neuroscience Summer School (TENSS), established by two idealistic Romanians who had, as school children, witnessed the demise of their country’s scientific base in the political chaos that followed the collapse of communism in 1989. One of these idealists is Florin Albeanu, an assistant professor at the Cold Spring Harbor Laboratory in New York; the other is Raul Muresan, a principal investigator at the Center for Cognitive and Neural Studies in Cluj. TENSS might not be quite enough to raise the country’s science from the dead. But it may yet help to return some of the lifeblood drained from the system.

The scheme shows young scientists that it is possible to achieve uncompromising, international standards of science on Romanian soil. And this is no local-scale project. The students that participate do so only after fierce international competition for places. This year, just two students from Romanian institutions joined the 13 chosen from 122 applicants.

Muresan and Albeanu are determined that the summer school will have an experimental aspect as well as a theoretical one, partly to compensate for the dearth of experimental biology in Romania. But it also speaks to the programme’s global ‘yes we can’ philosophy. Students are, in part, selected for their likelihood of contributing to similar research when they return home — whether or not their labs are wealthy. Learning to build expensive equipment, such as two-photon microscopes, which can cost hundreds of thousands of dollars, gives students the confidence to build, repair or modify whatever apparatus might be required to address the neuroscientific research questions they wish to pose.

The inspiring story has spurred many scientists from leading institutions around the world — from Harvard University in Cambridge, Massachusetts, to the National Centre for Biological Sciences in Bangalore, India — to lecture at the course. And so far, several research foundations and commercial companies in different countries have stumped up financial or in-kind support.

TENSS will clearly continue to need such generosity in years to come. But the Romanian government must emulate some of the school’s lofty aims — and carve out a rational, meritocratic system to educate and support homegrown scientists and science. The TENSS experience has shown that talent and enthusiasm will be available, as will the required curiosity — in whatever form. One day during last year’s summer school, a villager stared mystified through the open door. After some thought, he ventured: “That’s a fine-looking sewing machine you have there.” 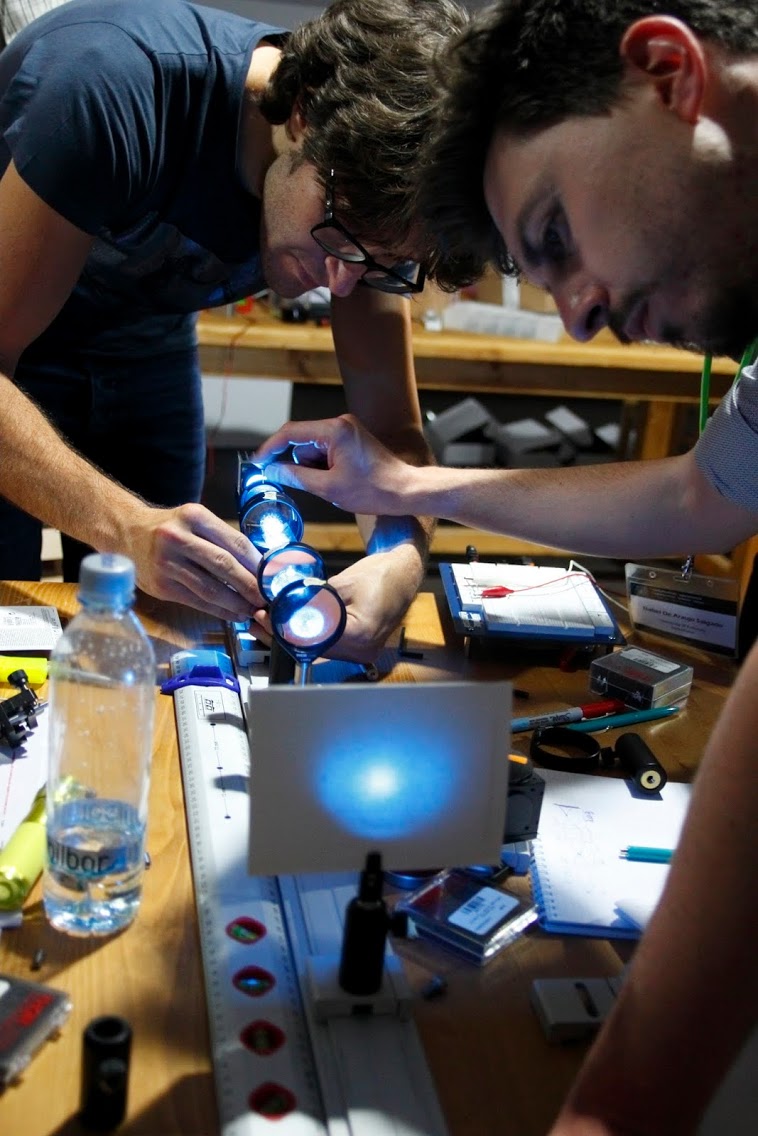